Get to know Pedro Ballester, a cheerful university student with a gift of friendship who loved God and others even through his struggle with cancer.

Pedro Ballester Arenas was born in Manchester, England, on the 22nd May 1996.
He was the son of Dr Pedro Ballester Nebot and Esperanza Arenas Arguelles, a Spanish couple who had moved to England for professional reasons and met and settled there because of Pedro senior’s work as a doctor. They had three sons: Pedro, Carlos and Javier. The family moved to Harrogate in Yorkshire in 2004.

Pedro was an excellent student, both intelligent and hard-working, and in 2014 he finished secondary education with top marks in his chosen A-levels, namely Spanish, Maths, Chemistry, Physics and Further Maths.

Friends, teachers and others who knew Pedro all remark upon his cheerfulness and many other virtues. He was both a very normal and very good young man, serious but joyful, and with a character that revealed both his Spanish background and his upbringing in the North of England. He had a Latin sociable character mixed with Northern grit. He was therefore both sociable and straightforward, eschewing all fuss and sentimentality, but he greatly enjoyed company and was a great friend to his friends. His faith went deep and he was happy to share it with others, but in a very natural way.

"The holiness that Our Lord demands of you is to be achieved by carrying out with love of God your work and your daily duties, and these will almost always consist of small realities.” Saint Josemaría Escrivá 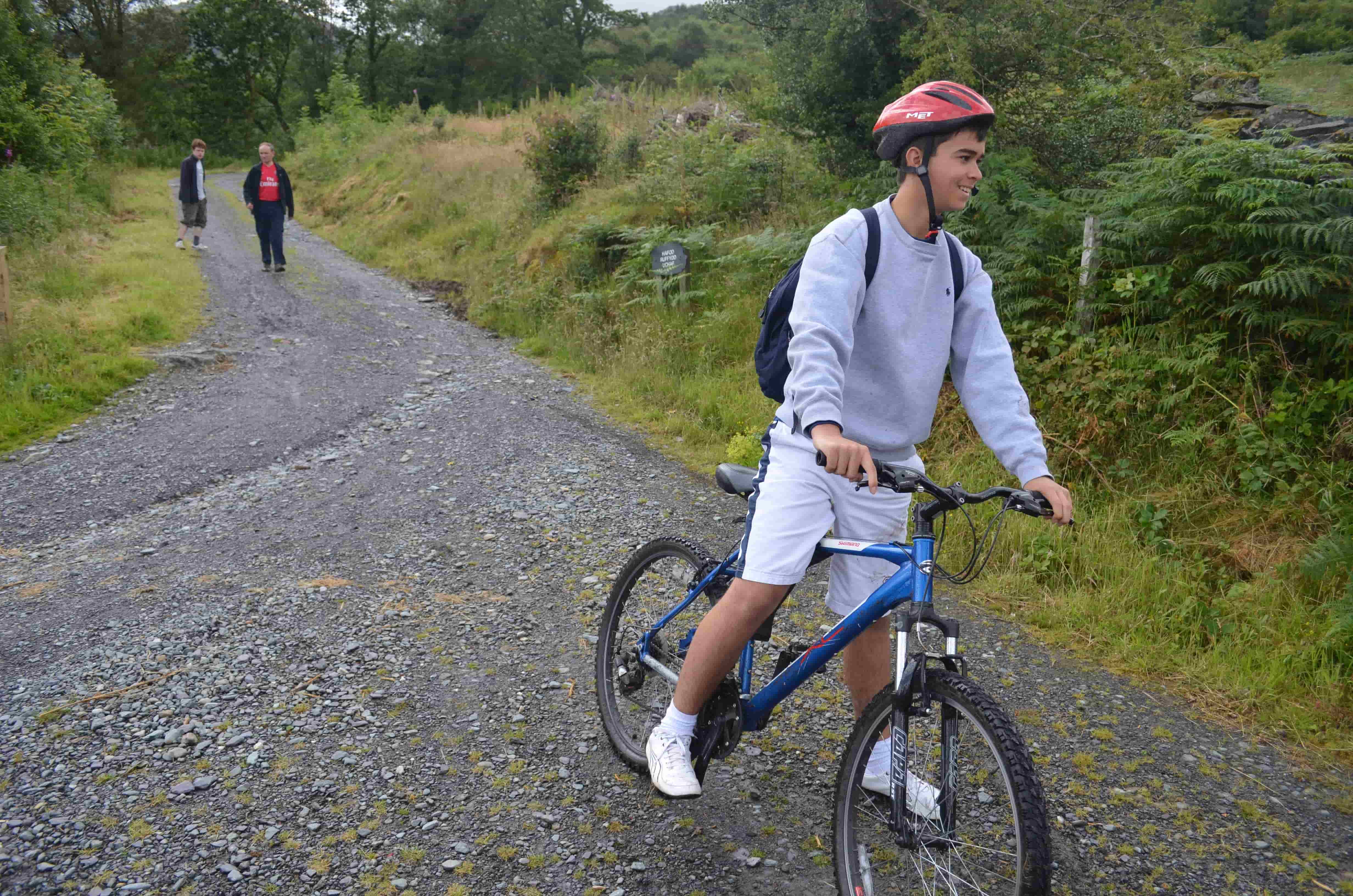 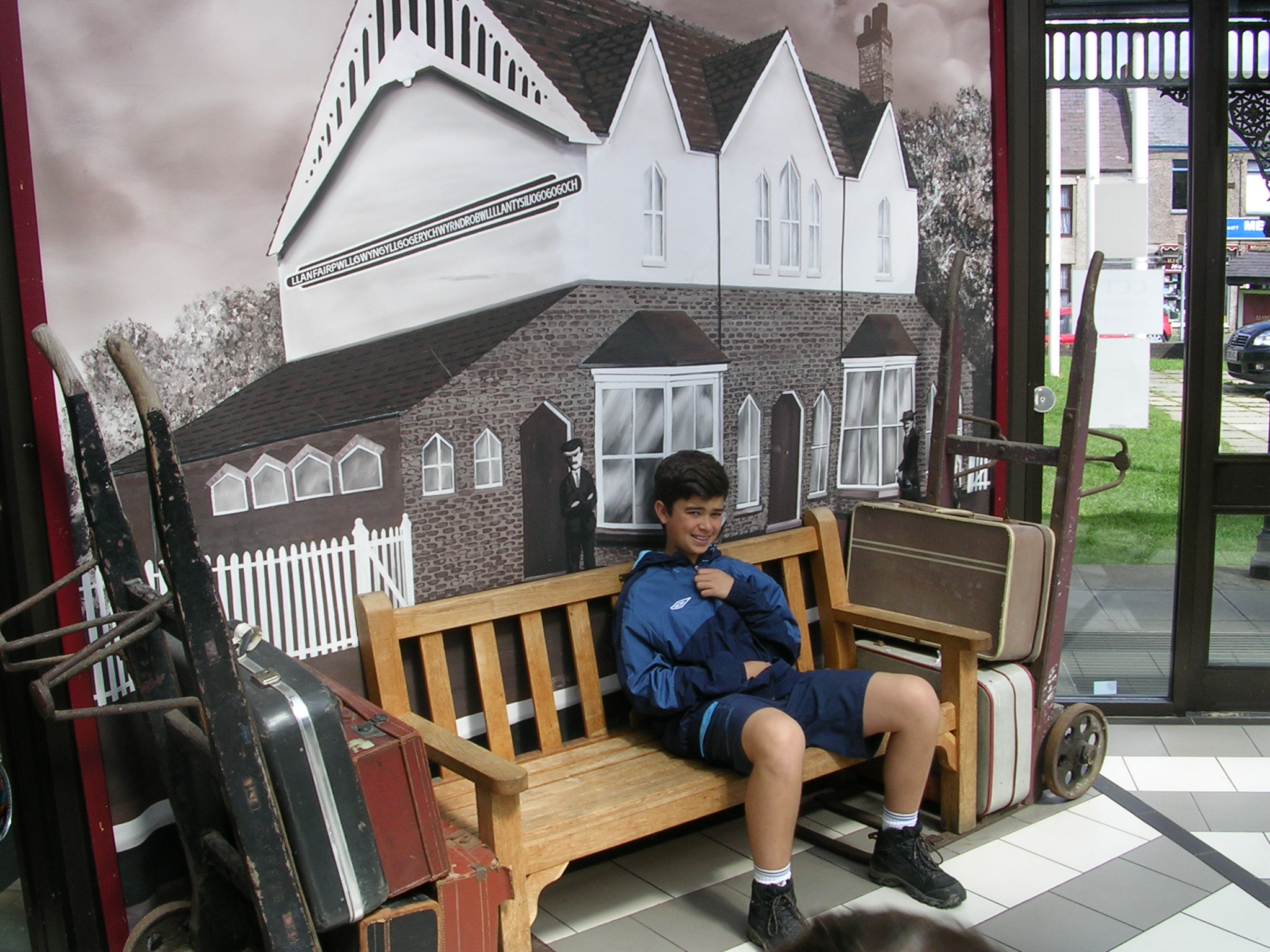 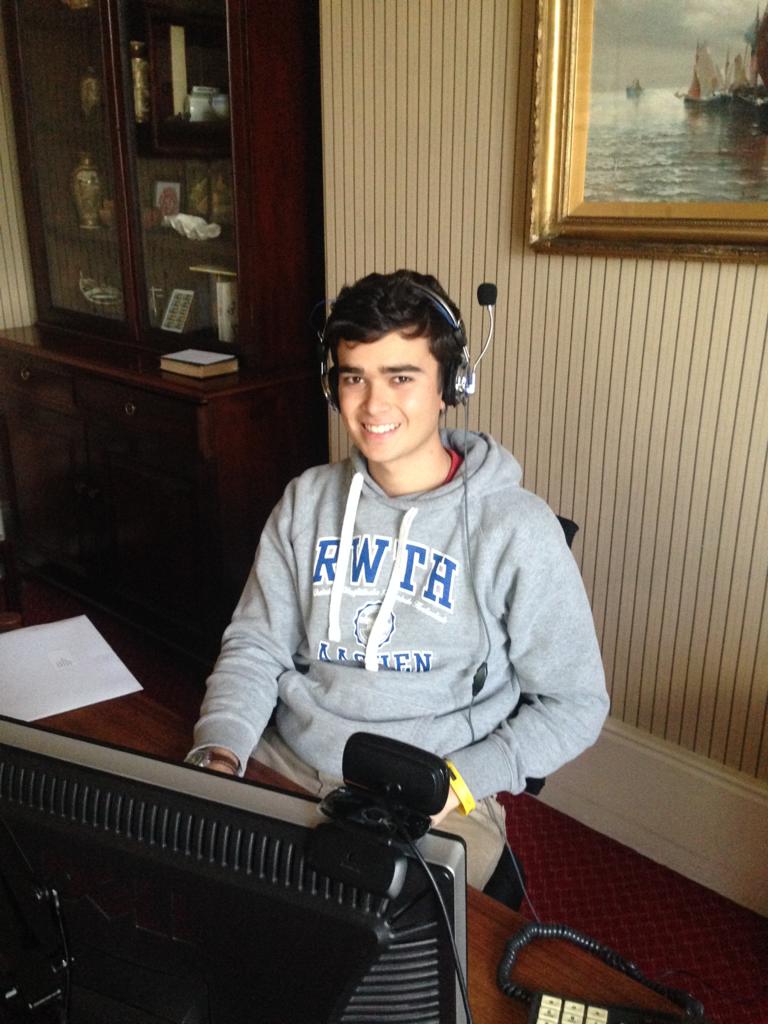 Pedro’s parents were – and are – married members of Opus Dei and he was born into a deeply Catholic family. He therefore received good Catholic formation from the very beginning. First at home and then at school, he was taught the elements of the faith and basic prayers which all helped him grow in love of God. He learnt to practise the Christian and human virtues.

As a young adolescent, Pedro began attending classes of Christian formation at Greygarth Hall, an Opus Dei centre in Manchester. As his faith and formation grew, he decided to commit himself to God and on the 1st of May 2013, he joined Opus Dei as a numerary member.​​ This means that he had committed himself to a lifelong vocation to celibacy in the midst of the world, following the teachings and spirit of Saint Josemaría Escrivá.

‘When he first told me about his vocation, I remember thinking that he had found a girl! I had noticed that he was a lot happier in recent months so when he said ‘Carlos I need to tell you something’, I presumed that he’d been dating someone. I found out that he had fallen in love, he had found Christ as a numerary of Opus Dei.’ Pedro’s brother Carlos 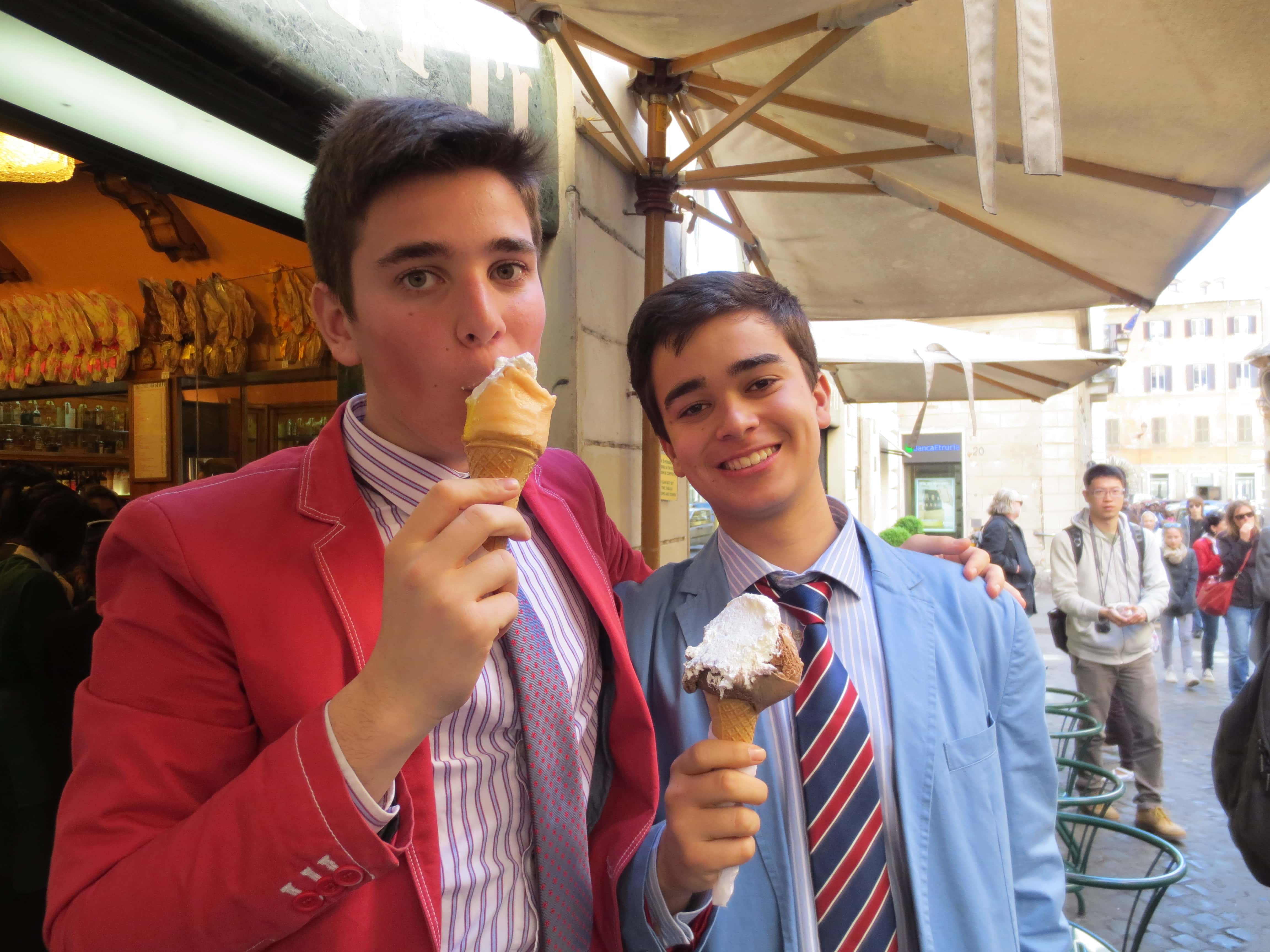 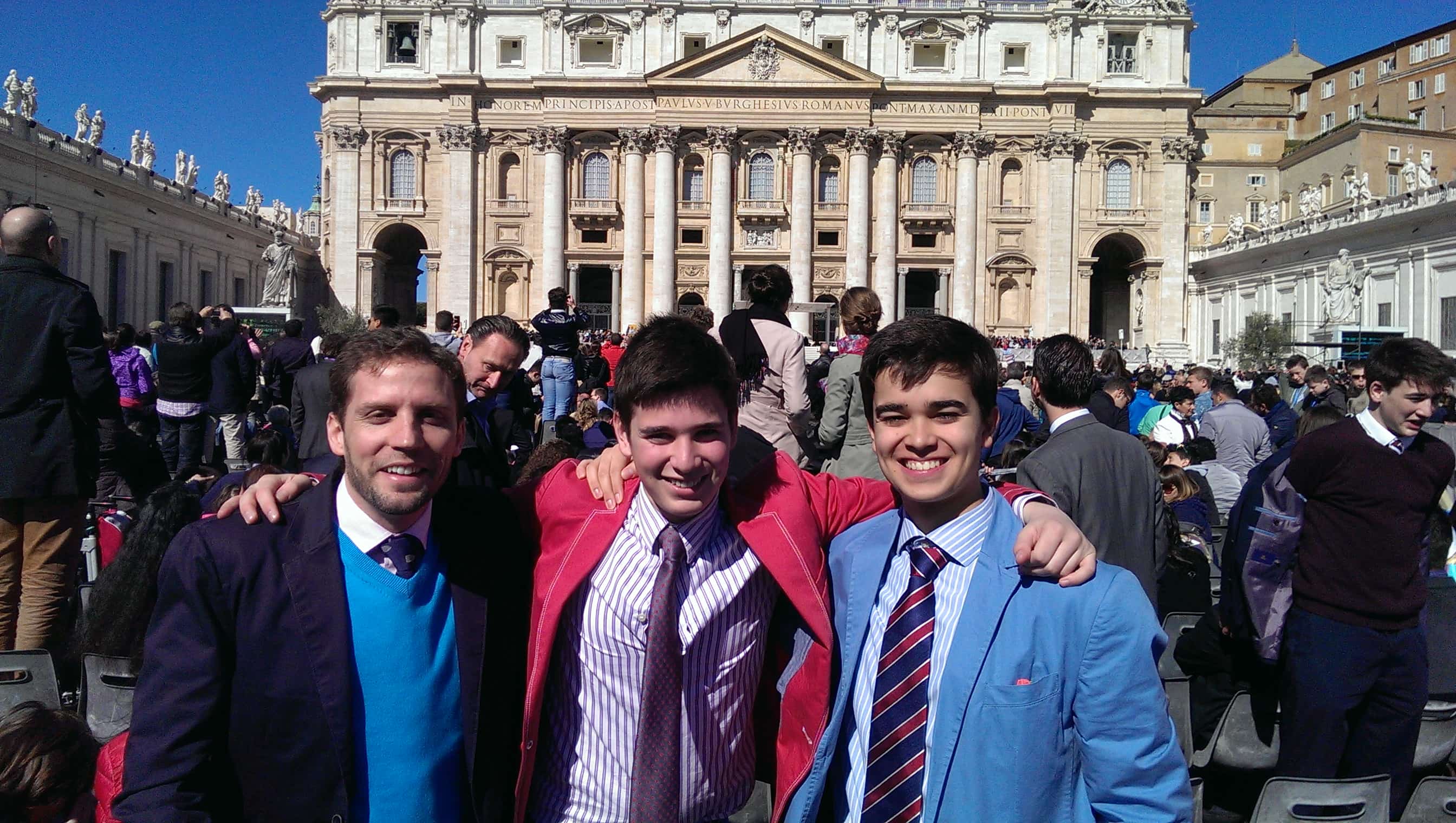 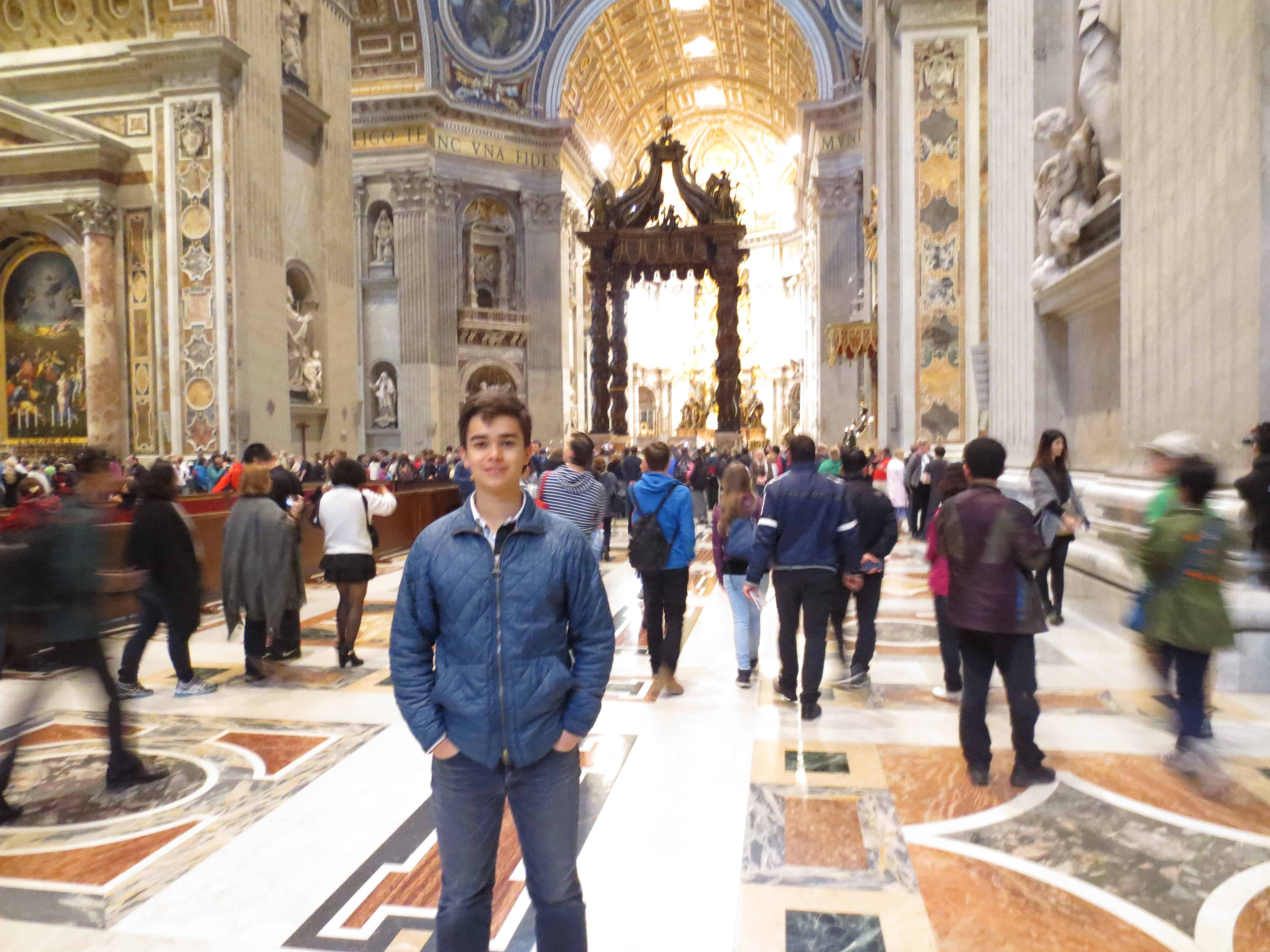 Pedro’s excellent school marks earned him a place at Imperial College London, one of the UK’s most prestigious universities, to study Chemical Engineering. He was admitted and began his first year in September 2014. He spent his first term in Netherhall House, a hall of residence in Hampstead promoted by Opus Dei.
‍
In December 2014, after only one term of studies, Pedro began to feel intense back pains and was diagnosed with advanced cancer of the pelvis.

As a result, he had to interrupt his studies and return to Manchester to receive treatment and be close to his parents. In his short time at Imperial College, however, he won the respect of his colleagues and teachers. 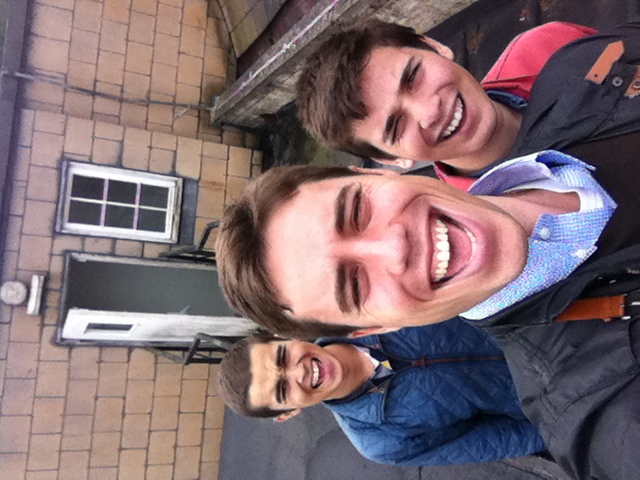 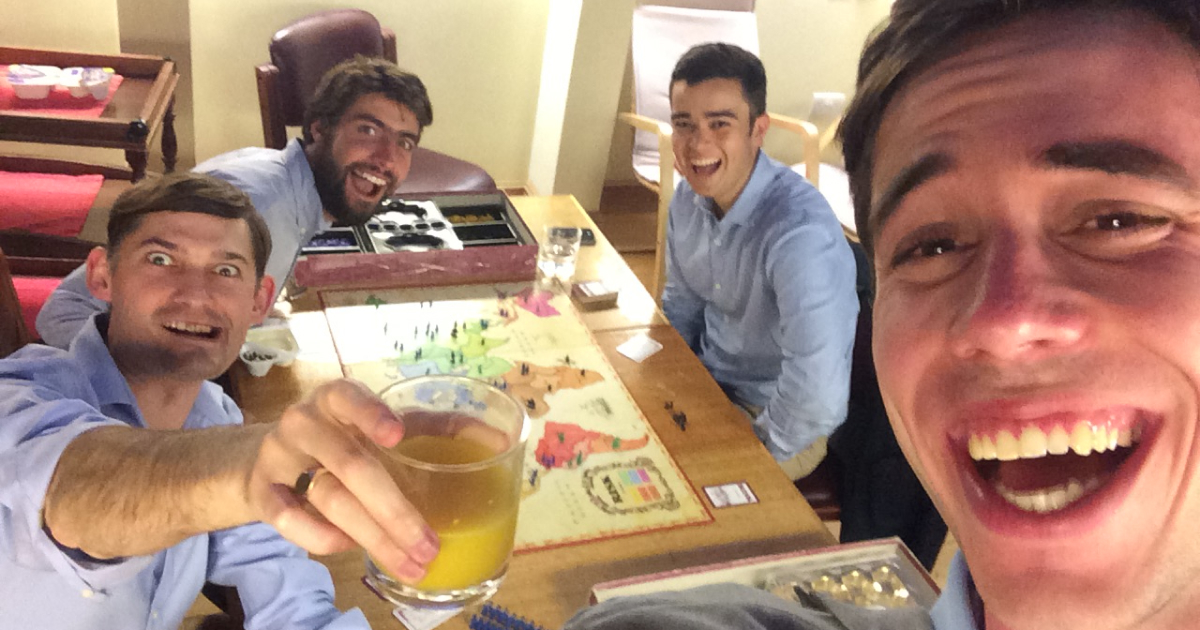 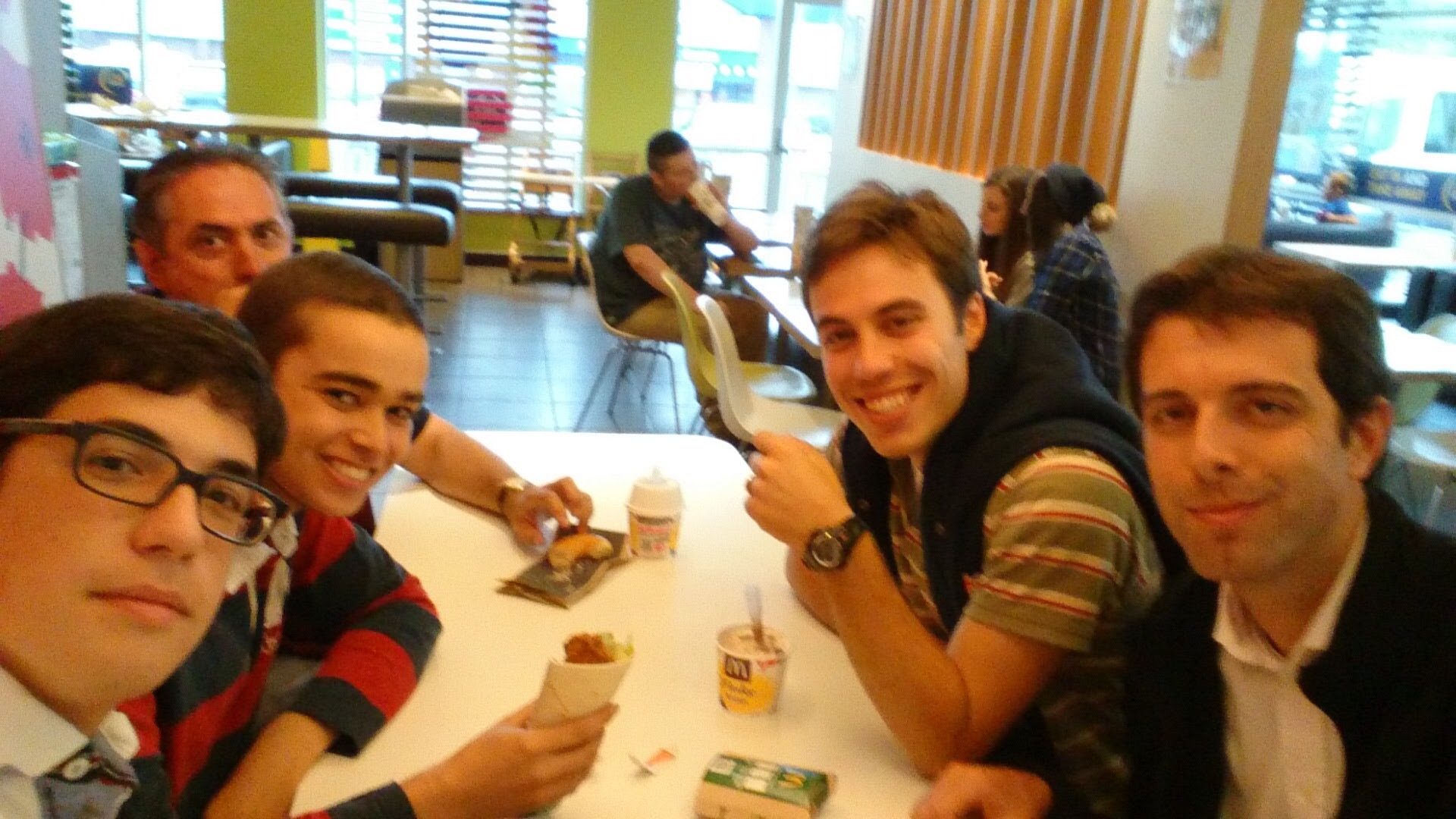 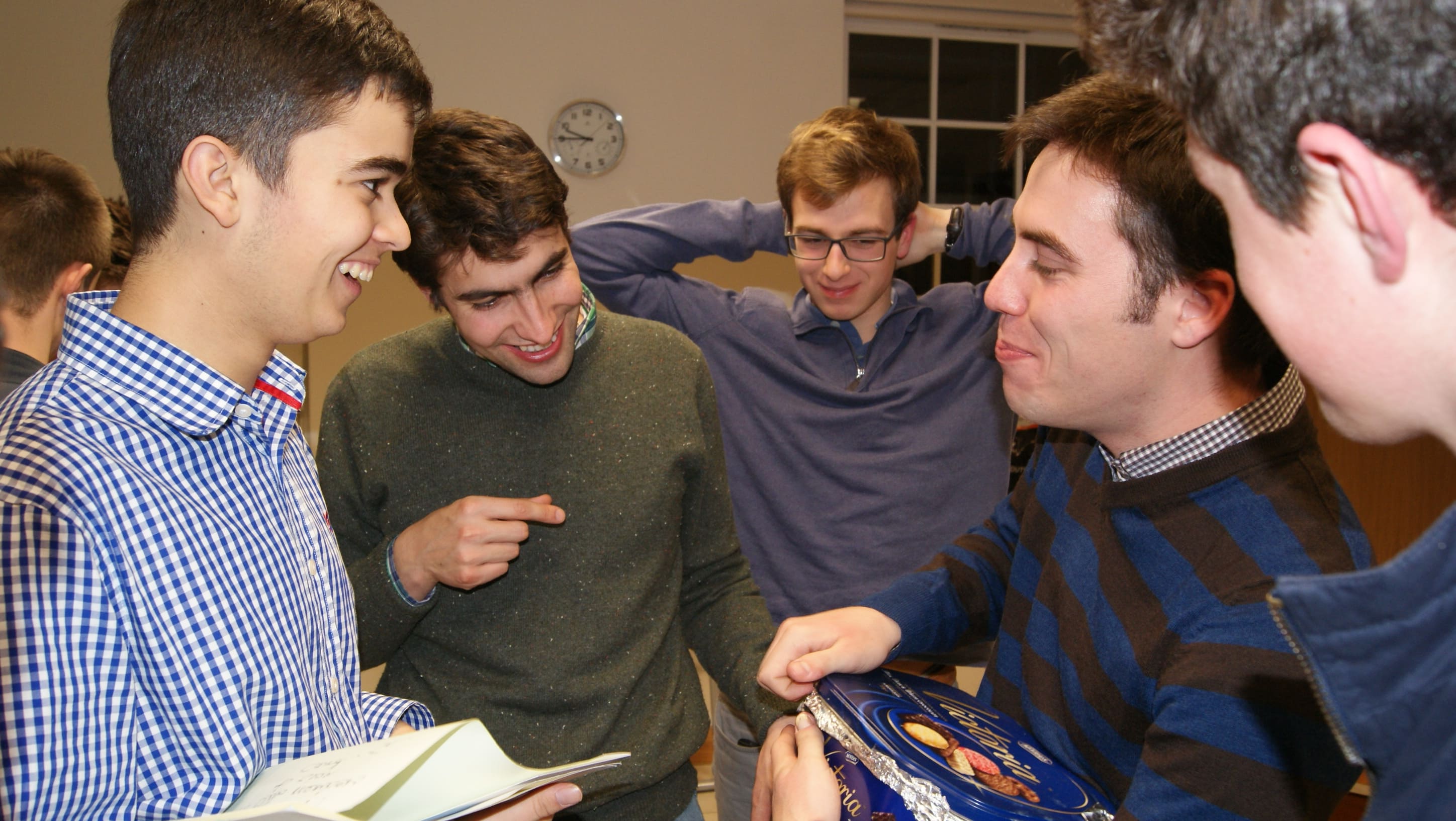 His struggle with cancer

Pedro was able to transfer his degree to the University of Manchester in September 2015, with the hope that he could continue studying while receiving treatment. A worsening of his condition, however, meant he had to delay this till September 2016 but even then he was only able to study for less than a term there.

From January 2015 until January 2018, Pedro went through continuous medical treatment, mainly in the Christie Hospital in Manchester, though also briefly in Heidelberg, Germany (May-July 2015), where he received state-of-the-art treatment. For a few months, this seemed to have been successful and in November 2015 Pedro was able to meet Pope Francis in Rome.
However, the cancer soon returned with greater vigour. From then on Pedro was usually in intense pain, which he sought to offer to God in union with Christ on the Cross. 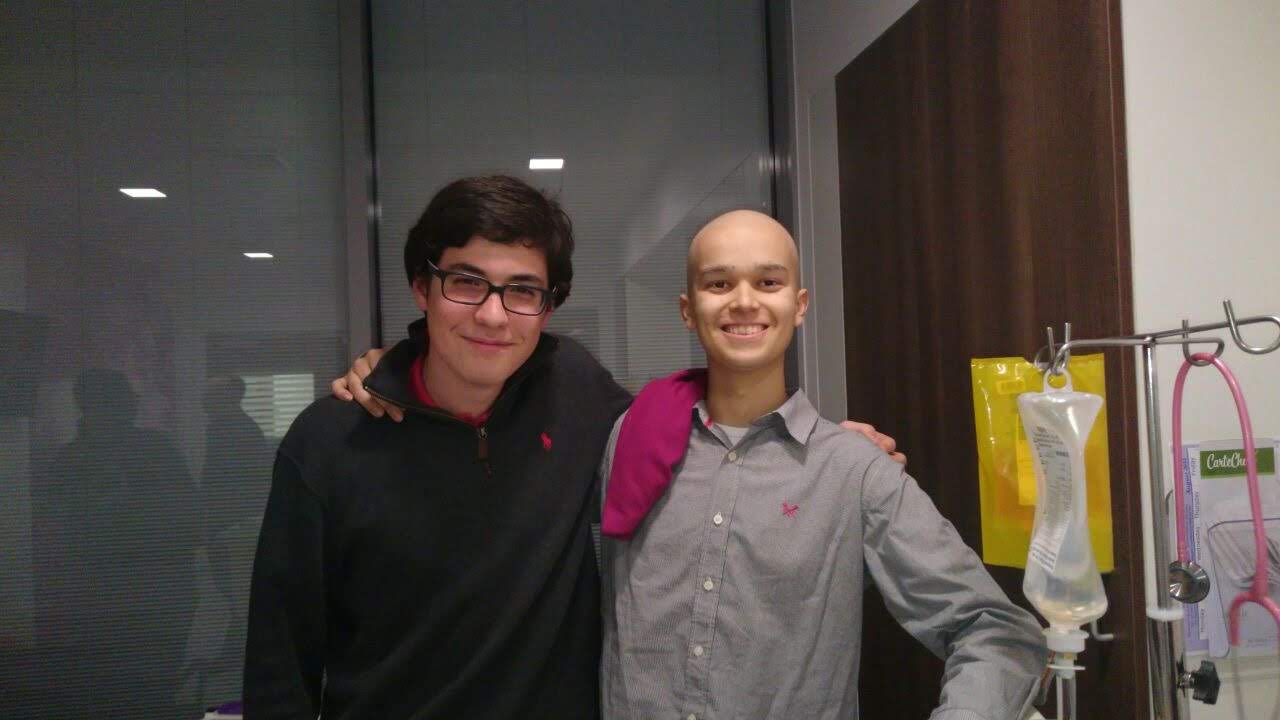 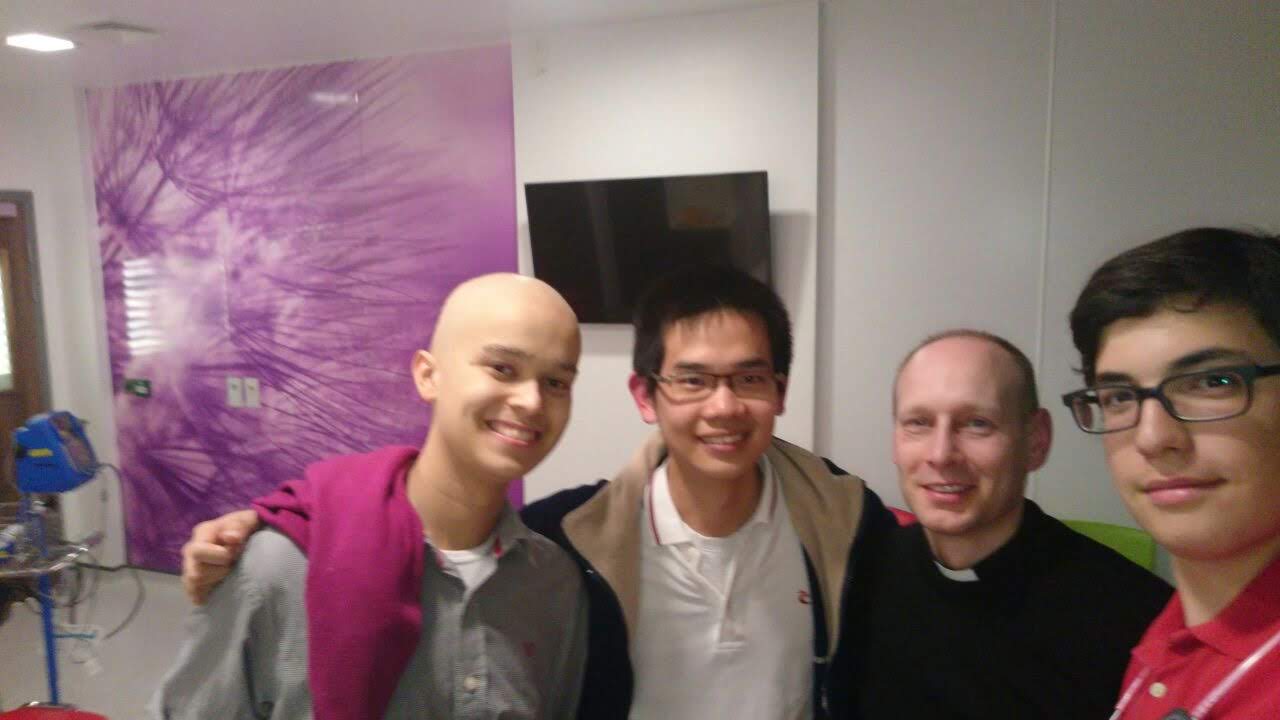 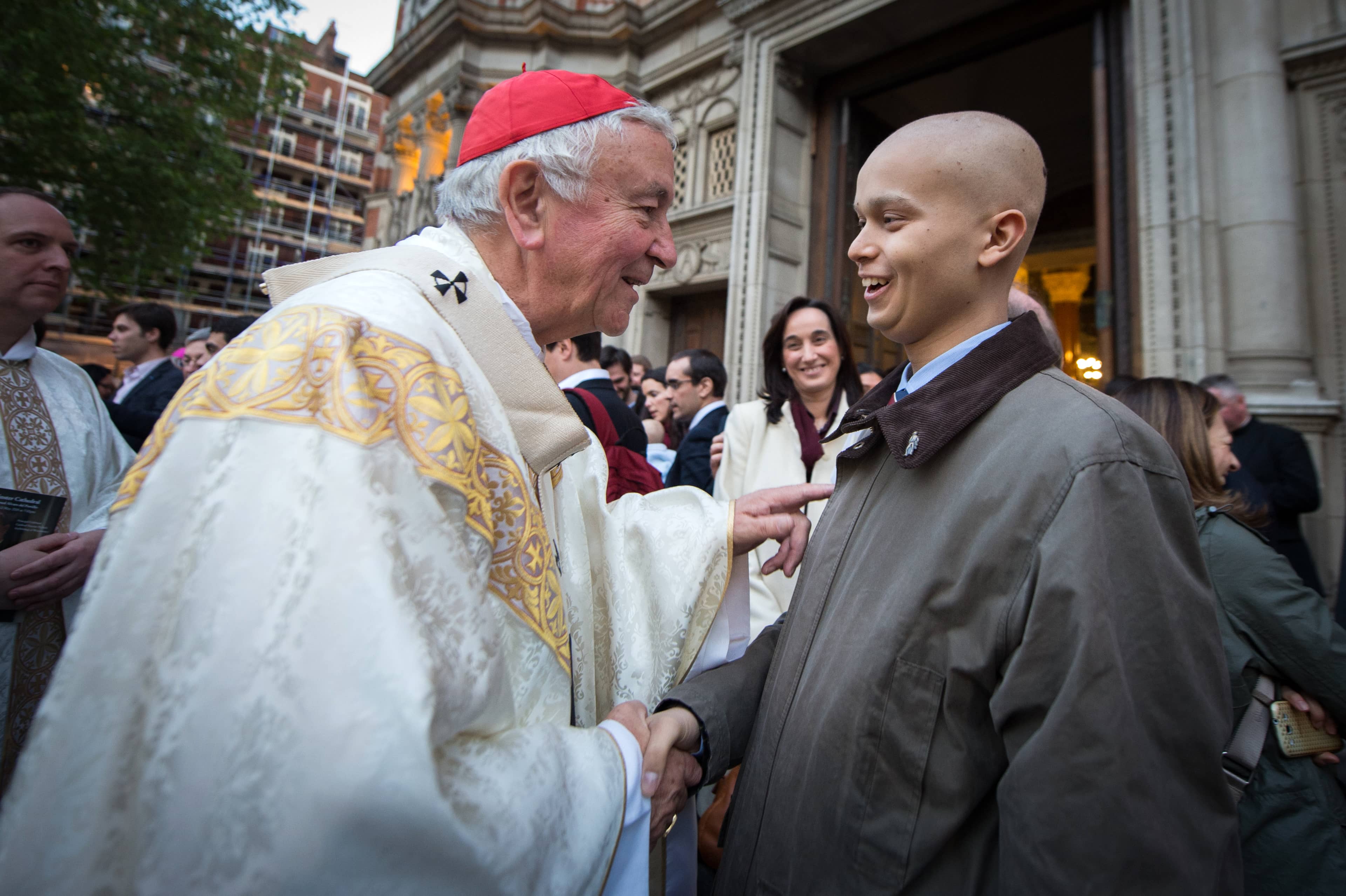 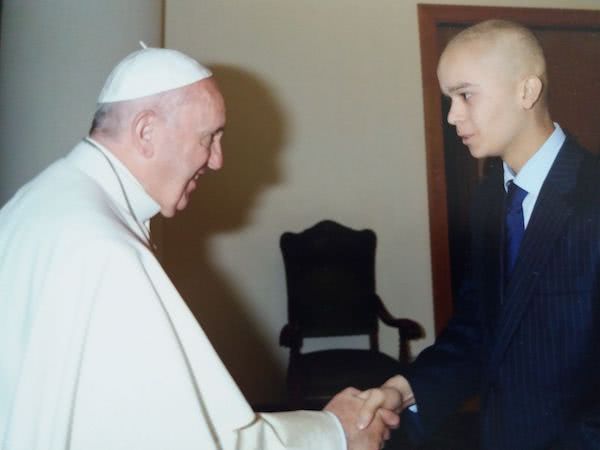 In 2017, Pedro was alternating between stays in Christie Hospital and at Greygarth Hall. Numerary members of Opus Dei usually live in Opus Dei centres and Pedro chose to do this too. Here he could be supported by his Opus Dei brothers, by the discreet care of the Opus Dei women who run the hall’s domestic administration, by the excellent staff at Christie, by many friends and by the love of his parents, who spent many hours in Greygarth.

In this time, there was a constant stream of hall residents and students visiting his room. Pedro was almost always accompanied, and he enjoyed this. He loved to talk about all sorts of things, including his great passions: fishing and Middle Eastern politics. He also enjoyed good food and drink when his condition allowed. But above all, he showed interest in his frequent visitors and their concerns and sought to bring them closer to God.

Pedro was deeply faithful to his vocation right up to his death. The spirit of Opus Dei teaches people to find God in their everyday life and work. Pedro learned to find God first through his sickness, which became for him the work he had to sanctify. He was helped to pray by his Opus Dei brothers and his parents. When the pain was more intense, Pedro’s principal prayer could be no more than offering up his suffering.

‘Pedro was very much an ordinary person with defects and struggles. Sometimes the suffering got him down, particularly that it went on for so long. At times he would cry. He could be occasionally irritated or react against what he considered excessive sentimentality. But his struggle was very real and exceptionally brave.’ Fr Joseph Evans, Chaplain of Greygarth Hall 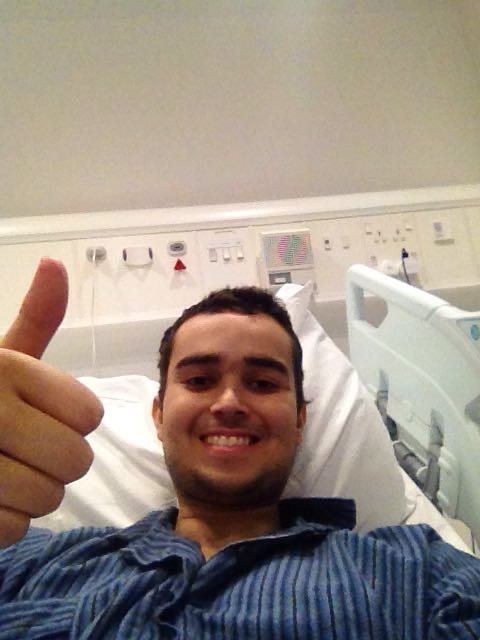 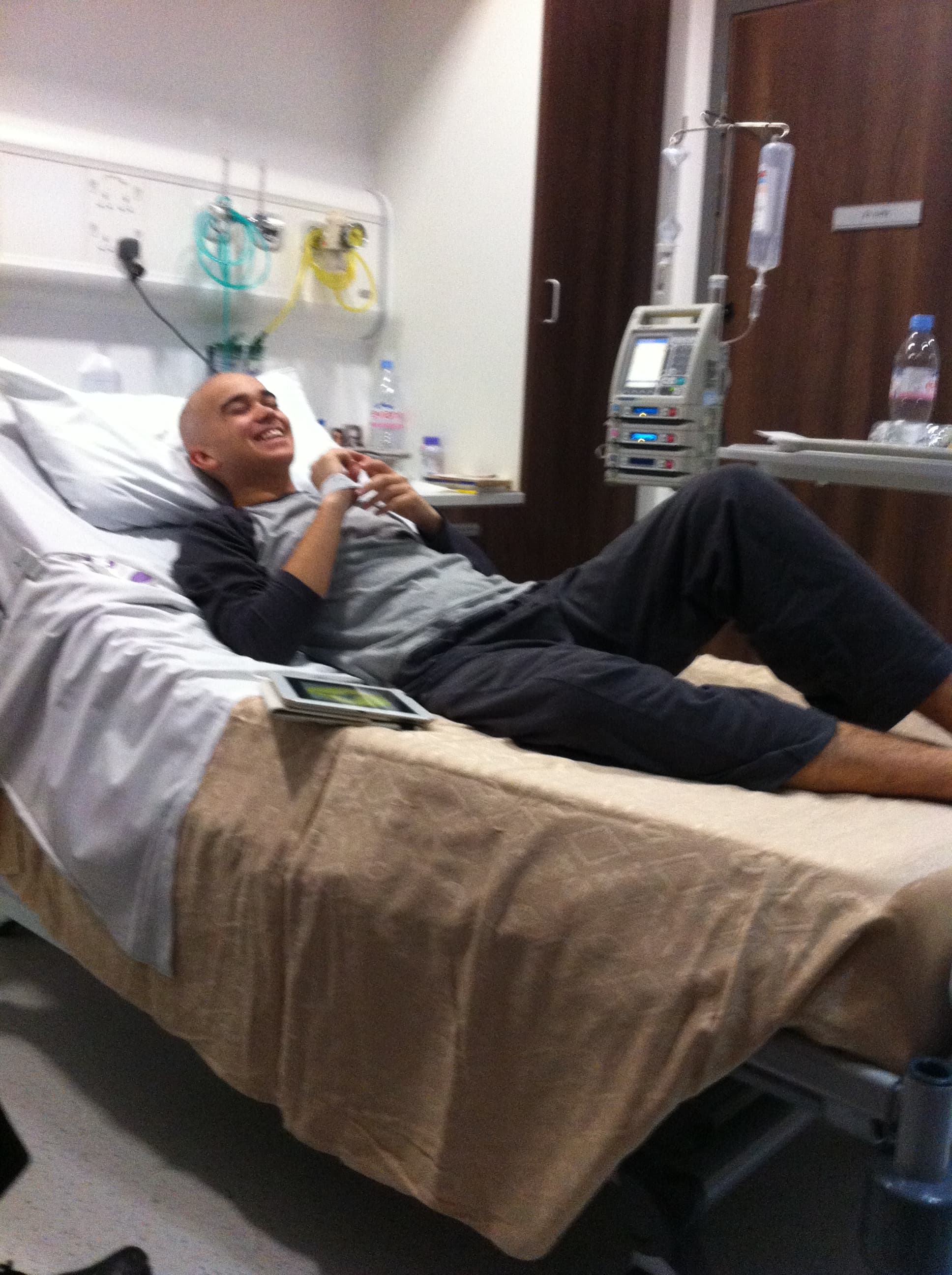 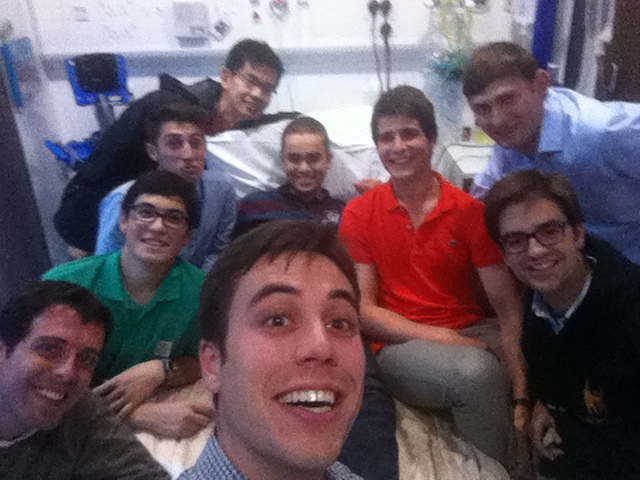 ‘I have never been happier’

In the early morning of the 13th of January 2018, after three years of suffering from cancer, Pedro gave up his soul to God. He died surrounded by his parents, his Opus Dei brothers in Greygarth and some other Greygarth residents, as they prayed the Salve Regina beside him.

Pedro’s funeral was held in Holy Name church in Manchester, which was packed by over 500 people who attended, including some 40 concelebrating priests.

‘Suffering was the curriculum, the syllabus, which Pedro was given to study, not in some abstract, intellectual manner, but in the most personal, flesh and blood manner you can imagine. And he passed with distinction.’Fr Joseph Evans, Chaplain of Greygarth Hall

Six months after his death, on the 17th of July 2018, the University of Manchester awarded Pedro a posthumous Master in Engineering degree. It was the first-ever posthumous degree awarded by the School of Chemical Engineering and is a testament to the impression Pedro made in that short time that he studied there.

Less than a month before he died, a group of young Opus Dei members came to visit Pedro in hospital. After a group get-together, he wanted to speak to each one individually. Later, his friends revealed that he had encouraged each one to be faithful and persevere in his vocation. He asked one friend, “Are you happy?”, to which his friend replied, “Yes, I am, and are you?” Pedro answered – after three years of suffering and aware how close he was to death – “I have never been happier.” 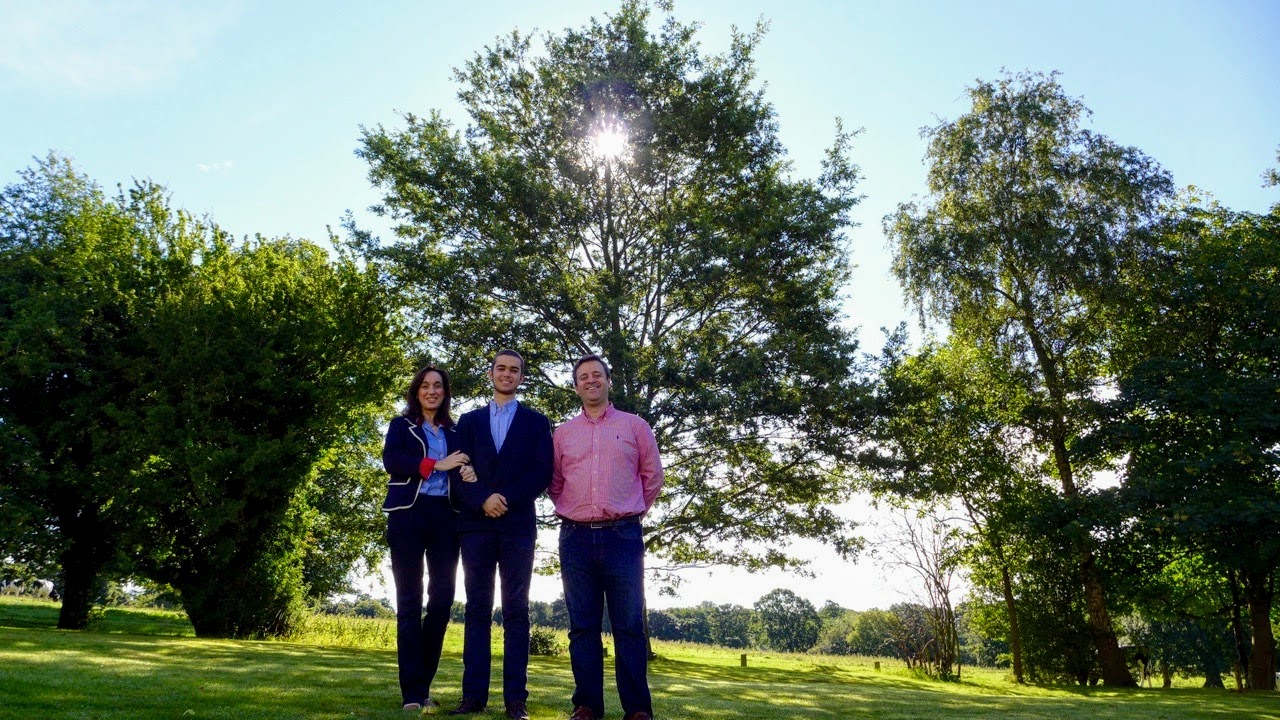 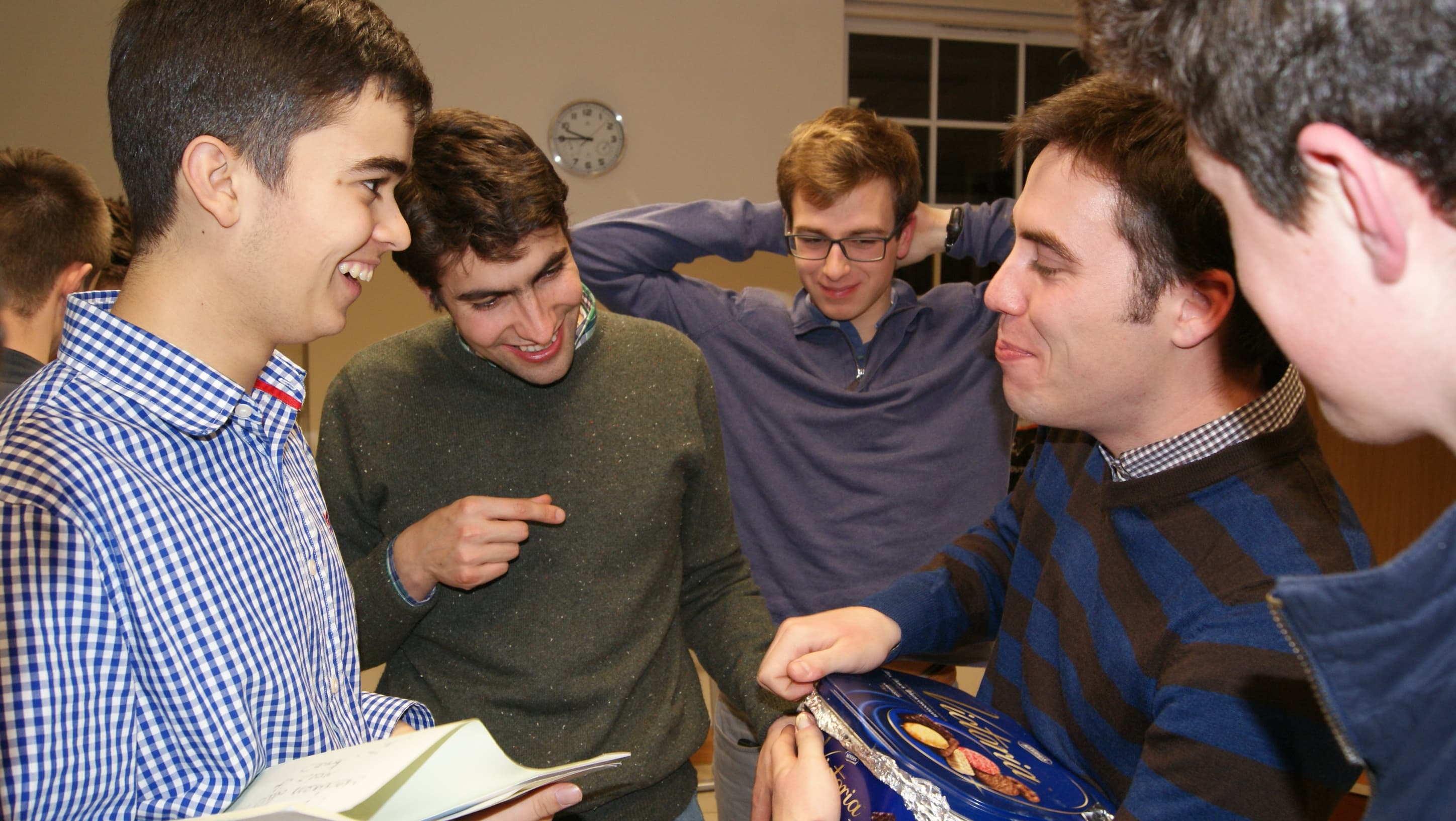 In his short life, Pedro made many friends: at school, in his neighbourhood in the different cities where he lived and in the various hospitals where he was treated. Apart from his relatives, both in England and in Spain, and the many members in Opus Dei who got to know him, Pedro has friends all over the world, and since his death many people have come to know about him and also feel they are friends of Pedro’s.

We are sharing Pedro’s story.

Many of us are convinced that Pedro lived a holy life with the grace of God, and we pray that the Church will eventually recognise his holiness. That is why we set up this website, to collect testimonies of people who knew him and favours granted by God through Pedro’s intercession. When the time comes, this documentation will be put together and submitted to the diocese so that his process of canonisation can begin.

If you knew Pedro and have a story to share or have had your prayer answered through Pedro’s intercession, we would love to hear from you!

Get in touch with usShare a story 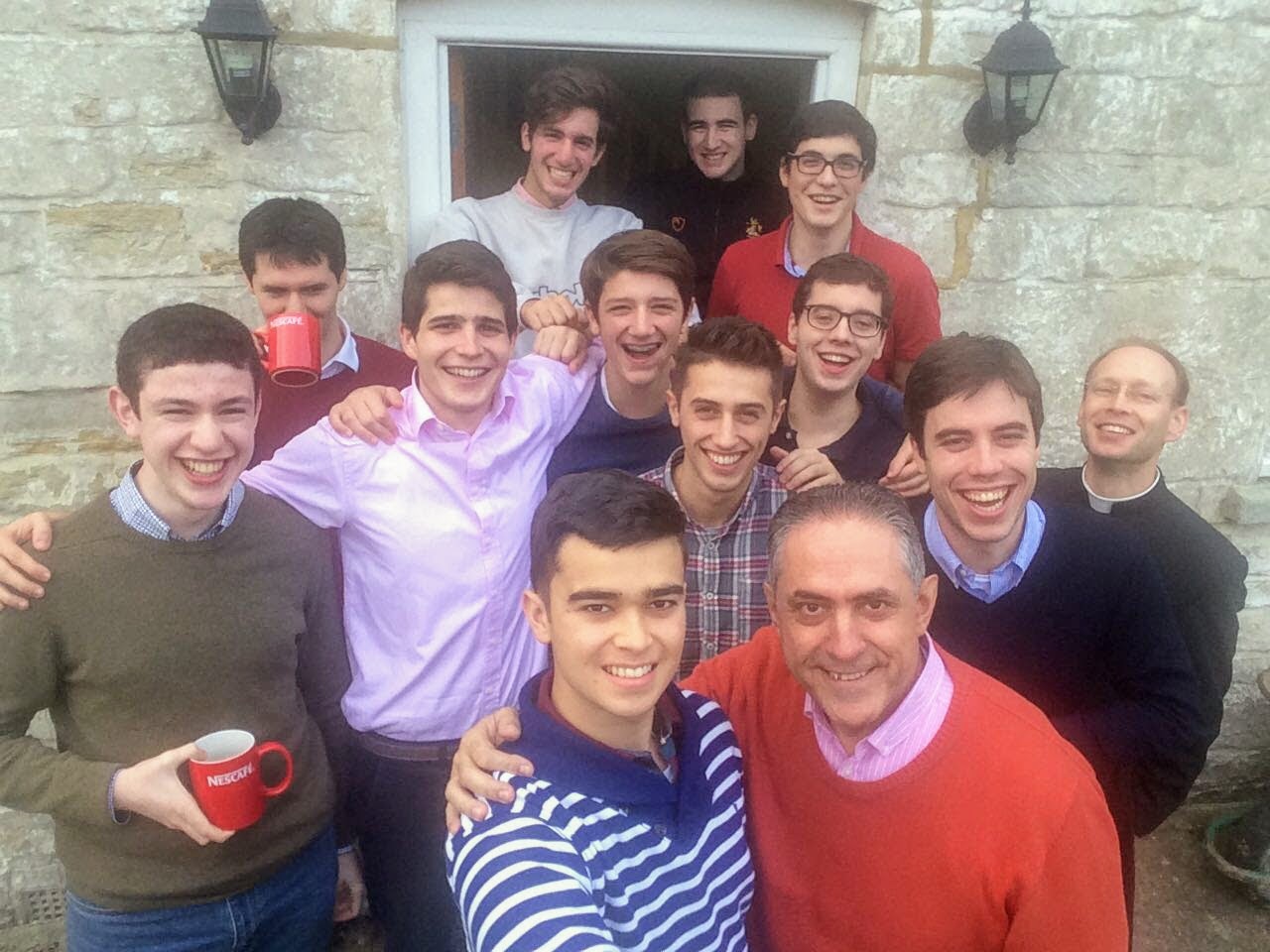 ‘In the world you have tribulation; but be of good cheer, I have overcome the world.’
‍John 16:33